One for the road

A satanic number. Arguably a good representation of my time in the Army.

95 weeks as a member of the Singapore Armed Forces, oh how time has flown by. My life has changed so much in the past 20 months, for the better. Definitely not how I would've envisioned my life turning out prior to actually enlisting. The nights spent sleeping in the jungle, countless pointless drills and punishments from people I didn't respect were unbearable. I didn't suffer in silence by any means, but I made it through and I think it puts me in good stead for the future where I'll have to do the same. Life isn't fair, and at some point we all have to do things we don't want to and be punished for others' wrongdoing. Its part of growing up I guess.

For all the silly drills and wasted hours, I also forged bonds with people I never would have otherwise. From my first day of basic training till my ORD day, I've spent plenty of hours with people I never would've had a chance to meet otherwise. People with massively different backgrounds and stories to mine. I've learnt more about different religions and cultures and gained a better understanding of the privileges I've been afforded. Living overseas and experiencing so much of the world at such a young age, receiving a top tier education and the fortune of having a stable family. These are all things the majority of myself and my international school friends have probably taken for granted our whole lives. I have such a different perspective on life and value other things way more than they do even though we fall under the same grouping as 'Singaporeans'.

I also now appreciate a good night's sleep and a bed infinitely more, on top of developing a love/dependence on coffee to help me through my days. 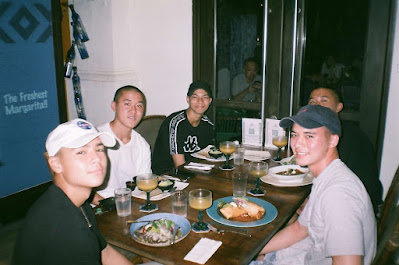 I've also done some pretty cool shit, maybe not compared to other National Servicemen but in the grand scheme of things, fuck yeah. Riding in a tank, feeling like I'm about to go into battle, yet ending up dozing off was a highlight. Regularly firing a gun, getting the chance to throw a grenade and firing a machine gun off the top of a tank were pretty insane. Honestly, when you get a chance to do the gung-ho stuff, and you forget all the safety protocols that surround it, it's really enjoyable. You feel like a real soldier, running through branches whilst slipping on the mud below you, getting absolutely soaked and screaming commands at the top of your lungs just for nobody to respond. They're all experiences I wouldn't want to lose. Sure it came at the cost of my freedom and I'll be enrolling in University two years later than everyone else. But life is long, I think the two years I've spent doing this stuff will serve me a lot of good in the long run, certainly offer some funny stories. 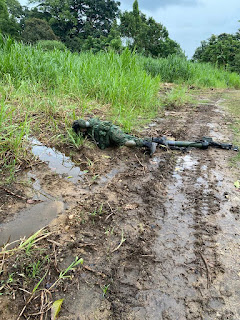 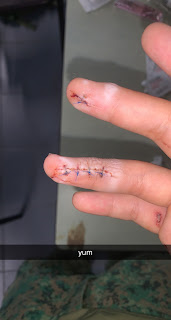 I learned a lot about myself as well. I've been at my lowest of lows these last two years, and found myself genuinely unhappy at times. Enduring incessant shouting and never-ending drills during my vocational training period were by far the toughest. I didn't have a group of fellow international students to relate to and chat to, I was going through my first break-up and lacked motivation to do anything. I felt mentally and physically exhausted every single day. I distinctly remember evenings sat in the stairwell crying on the phone to my brother because he was the only person that could empathise with me. He'd been through NS, been through break-ups and just reassured me that it'd get better. I'm unashamedly a pretty emotional guy, on and off the pitch. I cried and felt down a lot during the latter stages of 2020. Every week I was enduring hell in camp, I had no prospects footballing wise and was single. To an outsider they might be superficial things, but they were the constants in my life. My friendships, relationships and football. Almost all of which I had lost. I've never really opened up that much about this stuff but it hurt like hell. I felt isolated and alone in camp, I didn't feel comfortable enough with my platoon mates either to open up about the stuff I was going through. I just felt like I had to soldier on funnily enough, just suck it up. It was awful, I was alone with nothing but my own thoughts, lying on my bed looking at old photos crying, making sure I wiped the tears off before any of my bunk-mates saw. I was a wreck.

I made it through that tough period and slowly found motivation again in trying to pursue football. I didn't want to have any regrets while I had to be here, and put my own time and salary into training in my limited free time. Soon thereafter, I signed a professional contract and represented Singapore, undoubtedly the best thing I've achieved thus far. I've always had dreams of playing for Singapore, playing what-if scenarios over in my head, if I had grown up here and been in the system I might have had a chance. I would go to bed thinking about what it was like to put on the shirt and score a goal in front of a packed stadium. As I neared my enlistment and had opportunities to train with different teams here, I started to compare myself with locals more and more. I always felt inferior. I felt like I struggled and thought to myself, wow, I guess I'm just not at the level. Some of those guys ended up being teammates, even people I've now surpassed in a sense. However, that was the beauty of the unorthodox route I had, experiencing different things to the average Singaporean made me the player and person I am. I wouldn't change it for the world. 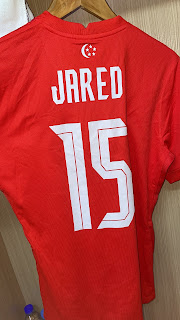 It's still surreal to think about, I dreaded having to come back, I didn't want to leave Hong Kong and certainly not to enlist in the army. Yet if I didn't I would've never achieved my greatest accomplishment in life thus far. I remember telling my Section Commander during the first week of BMT that I wanted to play football, and he probably just nodded along for the sake of it. He strongly encouraged me to pursue command school to become a Sergeant or an Officer, my best mates in BMT were baffled too. I had no concrete prospects, all I knew was that I'd regret it if I didn't try. That was what pushed me and still pushes me now.

I had to be in camp and fulfil the rigorous training requirements, especially in my first six months. Thankfully I was persistent outside of camp, giving myself a purpose, a goal to chase. I faltered plenty, wondering if I had made the wrong choice to choose a pipe dream of playing football during NS instead of just becoming an Officer. I broke down barrier after barrier, I didn't care that I had never played here, I knew that I just had to be relentless and eventually I would get my foot in the door and it was up to me after that. It's now almost a year on from my first training session with Young Lions, I would've never envisioned what I would go on to achieve.

I'll be eternally grateful for the support and understanding my unit provided me, my old Officer in Command in particular, Captain Edmund Ooi. He gave me the freedom to explore this once in a lifetime opportunity, but went that extra mile as well, going as far as to come to a match with his son in support. It's no secret that Singaporeans have largely always placed academics and job prospects as their first priority and everything else below, so to see that there were people around me that were so supportive was really touching.

Being an NSF and playing for Young Lions is exhausting at times. Our fellow NSFs are jealous of us getting to book out everyday, whilst civilians still expect us to be as competitive as the full-time professionals we're competing with. We have a strong squad and I believe we can do a lot better than we're showing but I think people don't realise that we're living two lives and don't just train for two hours everyday. We get back to camp when everyone else is asleep, yet still have to be awake at the same time as them. We don't get to skip out on any PT (Physical Training) or activities in the day regardless of how tired we are. It then carries over into the football side of things where you're fatigued from a lack of sleep alongside a day's work. 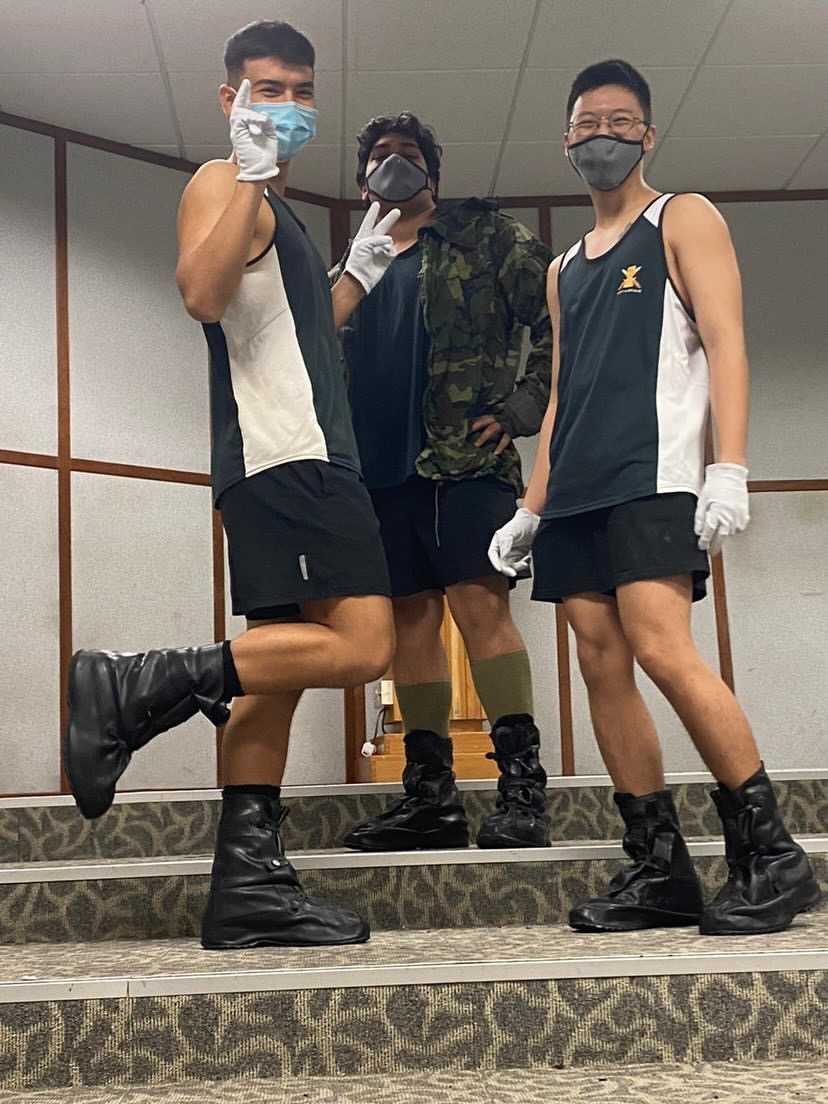 My NS journey has been as cliché as it sounds, a rollercoaster. I've been afforded the opportunities to experience so many unique things within the army as well as football, and also learnt a lot about myself through the struggles that I endured. I still have my reservations about the purpose of NS and conscription for a small country such as Singapore, but I now better understand what exactly goes on and what our aims are. For any future enlistees who have stumbled across this, I'd say go in with realistic expectations. It'll be shit at times, super shit, but the onus is on you to maximise your own time. No one is going to make your life more enjoyable, not everyone can play football alongside your duty as a soldier but there are definitely other things you can do.

I started off as an unassuming civilian and have now come full circle.

Jared Gallagher
I've been overseas for the last 10 years, and I thought that starting this blog could help me share my army experience with friends, family and any one else who cares. On top of that, it would help with university applications and just keep me busy. I hope you enjoy!